VAV
Summer Special Single Album [GIVE ME MORE]
** B2B orders should be placed by Jul. 17th(首批货预订： 7月17日)
Please note that this deadline is only for the B2B orders placed at B2B website(b2b.ktown4u.com).
PART
* The outer case is just for protecting goods. (scratches and discoloration on the case can not be the reason for exchanging or returning) 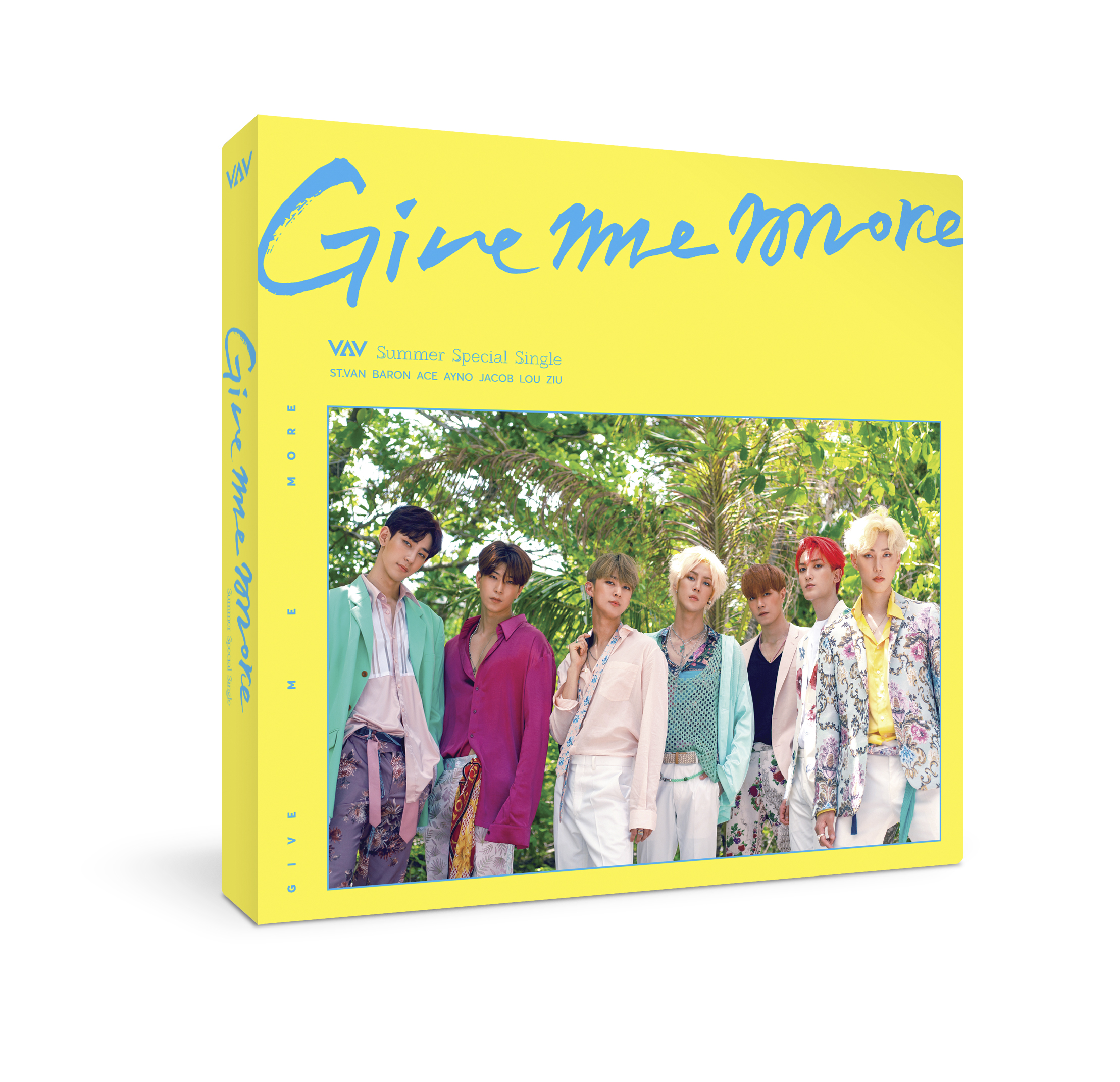 The new summer special single ‘Give me more’ is VAV’s second Latin pop single, ever since the release of ‘Senorita’ that received much love last year. The news of global hot rookie VAV’s collaboration with globally renowned artists is drawing huge attention.


The title song ‘Give me more’ is an upbeat electronic Reggaeton based on the addictive Latin pop melody. The vigorous lyrics that ask to give more after falling in love, at first sight, are remarkable.


The global music fans are especially looking forward to this collaboration, as De La Ghetto, the Latin urban legend is featuring on the song that the world’s best Latin producers Play-N-Skillz, who has won the Grammy awards several times, produced and composed.

This single consists of various versions, including the Spanglish (English+Splanish) version for VAV’s global fans, and the remix version of the global top producer / DJ duo ‘Play-N-Skillz’. The variety of languages and atmosphere is expected to appease fans from all over the world.

Moreover, the concept of ‘Give me more’ draws on the men of summer, who are leaving to find freedom and romance. Its concept photo shows the contrast of the sets that shows the fiery and passionate Latin mood and the soft sky blue ocean’s natural backdrop. And with the touch of the famous photographer ‘Mugunghwa Girl’, also known as the ‘color master’, the photo features such marvelous and aesthetic colors.

VAV has completed the performance of upbeat Latin vibe choreographed by Mina Myoung from 1MILLION Dance Studio, and are going to show an upgraded, new level of the stage.


Everyone is paying attention to VAV’s Latin pop “Give me more”, which is about to captivate the world with its collaboration with global pop artists this summer.

Be the first to write a review.